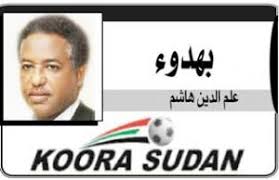 In the Martian arena, the general picture of the elections began to become more and more clear after the nominations were closed and the names of Ayman Abu Jibin and Hazem Mustafa Kaber, the most prominent candidates for the position of president, appeared!
However, the most prominent event in

Jeddah is exposed to serious floods, and a number of citizens are rescued – Kush News

Ricardo gives the opportunity to all players – Sudanese electronic newspaper…