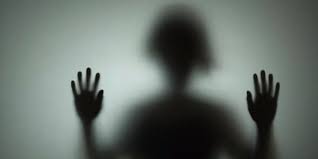 
Disappeared in mysterious circumstances university professor d. Ahmed Hussein Bilal, and more than 24 hours have passed since his disappearance.

According to family members of the disappeared professor, Dr. Ahmed, a university professor in the United Arab Emirates, returned to Sudan after a period of nearly twenty years of exile, to spend an annual vacation with his small family with his family and clan.

This coincided with the operation of his father, Hussein Bilal, at Al-Saha Hospital in Khartoum.

According to Al-Sudani newspaper, journalist Dia El-Din Bilal said: “Yesterday at seven in the evening, Ahmed moved to buy food for guests coming from the island to attend his father’s operation. Ahmed headed east of the hospital towards Obaid Khatam Street, and since that time he has not returned to his family and his family until this hour.”

He added, “The family’s efforts to find him failed in all the places expected in such cases, hospitals, police stations, and morgues.”

His family said, “Now everyone is in a state of fear, dread and terror, what happened to Dr. Ahmed.”

Meteorologists expect rain in most states of the country