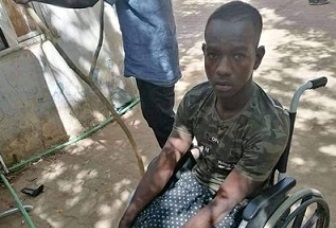 
The defense team of the defendants in the report of the killing of Police Brigadier General Ali Barima Hammad revealed that the court session scheduled to be held on Sunday, 26/6 next, has been postponed to an unknown time.

And a member of the lawyer, Rana Abdel Ghaffar, said in a statement, according to Al-Jarida newspaper, that they do not know yet whether the case file is in the possession of the Court of Appeal or the Supreme Court, so the session has been postponed until a decision is issued by the Court of Appeal.

In the first session of the trial, the defense team submitted a request to the court to see the minutes of the investigation in order to be able to defend its clients, and the court accepted the request, but the Public Right Indictment (Prosecution) submitted an objection to the request. Rana indicated that the indictment submitted a request to the Court of Appeal and to the Supreme Court. However, no decision has been made yet.

The summit leads the confrontations of round (21) for the excellent

The Professionals’ Gathering: The street insists on dropping the blood partnership

The uprising of young coaches ignites the 27th edition…

The call for new demonstrations in Sudan… and the…