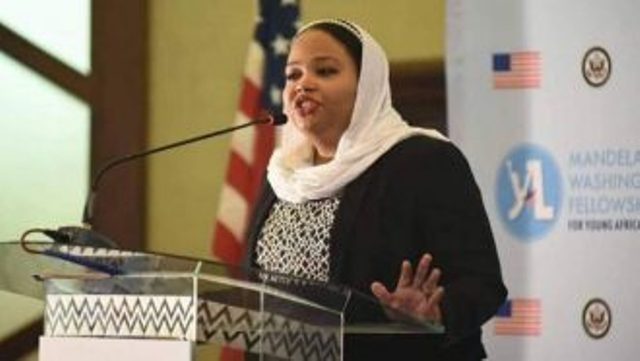 “Former” Minister: Youth forces must not be exceeded in the current crisis


The former Minister of Youth and Sports in Sudan, Walaa Al-Boushi, called on politicians and civilians from all sides and the military to put young people of both sexes in the leadership and decision-making ranks.

She demanded loyalty, according to the political movement newspaper. The international and regional institutions that mediate to resolve the current crisis demanded not to bypass the forces of the lively youth revolution. This came according to (a post on its official page), on Wednesday.

Walaa Al-Boushi said that the causes of the current Sudan crisis lie in the difference between a generational conflict between a traditional, slow, inflexible generation, and a fast and innovative modern generation.. She pointed out that the traditional generation repeats the same experiences, and sees obstacles, not opportunities, and revolves in the circle of the experimenter whose failure and limited success are known, She explained that this generation predominates on narrow factional interests, intentionally or unintentionally.

Imad Al-Tayeb: The Secretary-General is the weakest in performance and positions… and the weakest in attendance.. – Sudanese Koura Electronic Newspaper

Britain: We are horrified by the loss of life in the June 30 protests in Sudan

Hilal Al-Abyad dissolves the technical and…

Police admit that one of its employees shot dead a…