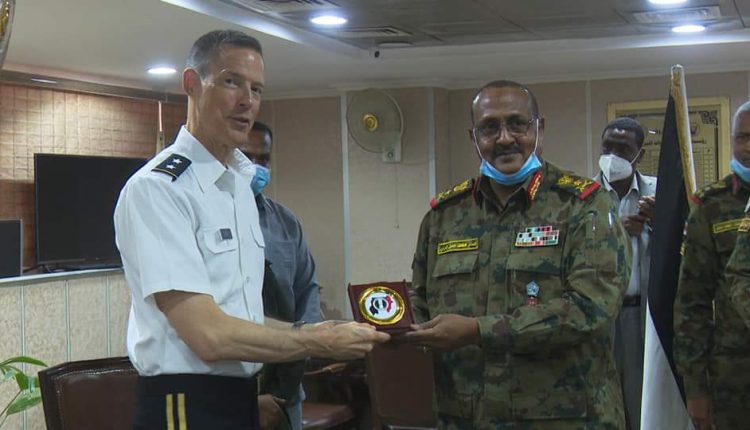 Lieutenant-General Karrar: The army will remain the protector of the homeland and the gains of the glorious December revolution


The commander of the ground forces of the Sudanese army, Lieutenant-General Essam Karrar, said that the army will remain the protector of the homeland and the gains of the glorious December revolution.

Lieutenant-General Karrar, accompanied by a number of armed forces commanders, arrived in the city of Nyala, capital of South Darfur state, yesterday, to attend a ceremony for the ground forces of the 16th Infantry Division, with the graduation of the 53rd batch, in addition to the opening of a number of service facilities, according to the Sudan News Agency.

Lieutenant-General Karrar described the celebration as embodying the cohesion of the armed forces with the people, and thanked the state government, the division and the Training Division for their great effort in graduating the graduating class.

Karar announced, according to Al-Sudani newspaper, the promotion of the first four in the batch to the rank of corporal agent, motivating them for more intonation and qualification.

Ibrahim Al-Sheikh: Hamdok’s replacement is not difficult, and the problem is not in partnership with the military – Kosh News

They confirmed that it is a legalized intelligence work: experts in international…

They confirmed that it is a legalized intelligence work:…

Ghandour talks about the return of the National Congress…

Sanctions include imprisonment and a fine..Qatar warns…