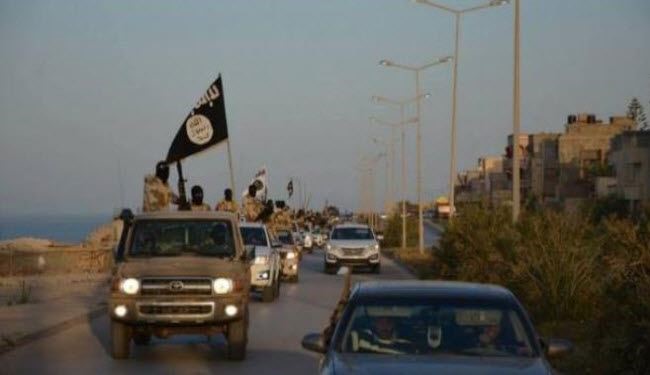 
The Libyan National Army forces launched a large-scale military operation in the south of the country, the first of them in 2022, aimed at expelling terrorist organizations and drug gangs, smuggling and clandestine immigration, which take the region as a haven from which to spread extremism and criminality in the rest of Libya.

The Commander of Southern Operations, Commander of the Sabha Military Region, Major General Al-Mabrouk Sahban, said, according to the Sky News Arabia website, that the National Army forces began a wide and comprehensive military campaign in the south to impose security, and that they “target gangs engaged in drug trafficking, smuggling and illegal immigration, as well as armed groups launching terrorist operations on army forces”.

According to Sahban, the second phase of the campaign will include illegal fuel stations, which distribute smuggled fuel at high prices, especially since the distribution process in the Sabha oil depot for fuel is unfair due to the absence of oversight, and “there is a great manipulation involving distribution stations and other parties.”

Member of Parliament, Jibril Ouhaida, commented on the gathering of mercenary militias at the border triangle in southeastern Libya, near the borders of Chad and Sudan, saying in a post on “Facebook” that “these militias pose an imminent danger if they are not absorbed within their countries,” referring to Chad and Sudan.

The legitimate government is the solution

The Libyan military analyst, Taha Al-Bashir, says that the problem of the Libyan south “will not be solved except by holding elections, and the presence of a legitimate government that puts this file in mind,” justifying that “the problem of the south is not only a security problem, but certainly a social, health, economic and living problem.”

According to Al-Bashir’s interview with “Sky News Arabia”, the most areas that witnessed military operations in the last 4 years are the cities of the south, asking: “But what is the use in the absence of a clear government and the weak capabilities there?”

He also considered that the absence of official representation for the south of Libya within the government led to the region’s absence from reform and development plans, and that the distribution of resources “was not fair if the south is compared to the rest of the regions.”

Since 2011, the south of Libya has witnessed deteriorating security, social and economic conditions, and illegal immigration gangs, drugs and ISIS sleeper cells have been active there, which have taken it as a safe haven for its vast area and far from the eyes of the authorities, and gangs smuggle weapons from it to militias inside Libya.

A study prepared by the Carnegie Endowment for Research, entitled “Border Line Chaos” after the fall of the rule of Muammar Gaddafi in 2011, indicated that southern Libya causes great problems for its neighbors, as “the smuggling of arms and people flows freely from all parts of the Maghreb due to ethnic groups.” and its close ties to organized crime networks that link the region together.

The Libyan army led the battles to purify the south of the country from these criminal gangs and terrorist organizations in a fierce war against many parties, most notably the Brotherhood, rebels and Chadian mercenaries.

Although al-Qaeda has been subjected to strong and successive strikes by the Libyan army, the organization insists on finding a foothold in the region, because Libya is the last hope for its presence in the North African region.