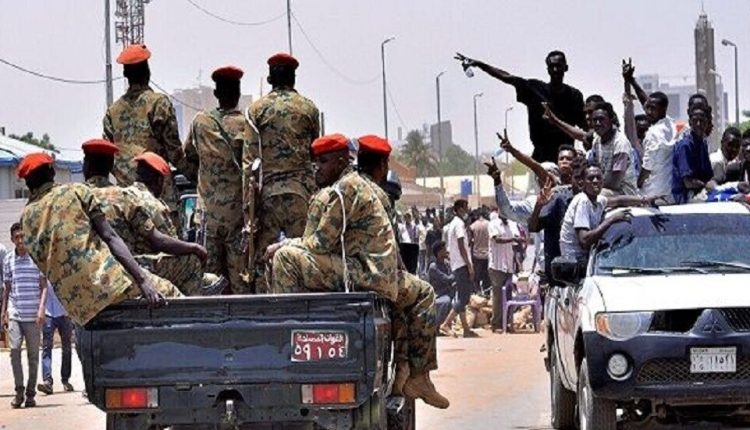 
The civil administration in the Bahri and East Nile regions, represented by the Al-Batahin and East Nile tribes, unanimously supported the armed forces in the Friday mass mobilization in the Id Babiker region, as part of the (Supporting the Armed Forces) initiative, in the presence of a number of military leaders and chiefs of tribes and Sufi orders.

Muhammadin Al-Awad, Deputy Chairman of the Shura of the Al-Batahin tribe, confirmed on behalf of the Native Administration, that the message that the Native Administration in the Bahri and East Nile regions would like to send on this day to the leaders of the Sovereignty Council and the Armed Forces, is that they represent the people of the countryside and the producers sector in the state of Khartoum throughout history and since the beginning of independence Their leadership has been working for the interest of the country, calling on the concerned authorities to alleviate the suffering and living conditions of the rural people and producers and to look at the production sector in a special way to achieve the interest of the country, stressing their support for the armed forces for the success of the democratic transition in Sudan and access to the ballot boxes in free and fair elections, calling on satellite channels and the media. Contrasting the reality of the producer sector in the state, adhering to the media message and avoiding media misinformation.

Babiker Hassan, representative of the Nazer All Batahin, said that the Batahin and all the tribes of eastern Nile stand in one trench and support the armed forces that protect the Hima and the borders.

Al-Taher Ali Hamid Turk, deputy director of the general director of the Al-Handandawa tribes in the state of Khartoum, explained their support for the armed forces, the safety valve for the country, rejecting the trends launched by some parties and demanding that the army abandon its role during the transitional period, calling on the armed forces to perform their role until the elections.

Al-Siddiq Karrar, the representative of the Native Administration, supported the support of the Batahin tribes and their support for the armed forces, indicating the unanimity of all tribes in the region to perform their duty towards the homeland, appreciating the efforts of the Native Administration in the state of Khartoum and its serious and purposeful work to support the homeland.

Al-Senussi Al-Maali, representative of the civil administration in the Haj Youssef region, confirmed that they stood behind the armed forces, denouncing the killing of the police brigadier among the demonstrators yesterday, pointing to the support of all sectors of women, youth and students to support the army and regular forces.

Al-Farouq Omar Al-Faki, Vice-President of the Shura Council of the Jalab tribe, greeted the crowds of civil leaders and regular forces participating in the mass mobilization, stressing their support for the success of the democratic transition and access to the polls, pointing to the importance of preserving the armed and regular forces for the stability of the country.

The masses of the native administration in the Bahri and East Nile regions demanded the Transitional Sovereignty Council to expedite the formation of a technocratic government to run the country and maintain stability and national security, and to appoint a prime minister in accordance with the emergency law without referring to the parties and directing all political parties to prepare for the elections.

It is worth noting that the mass crowds of the Native Administration that participated in the initiative to support the armed forces in the Bahri and East Nile regions exceeded the number of five million people.

United Nations: Ethiopia on the brink of a humanitarian catastrophe